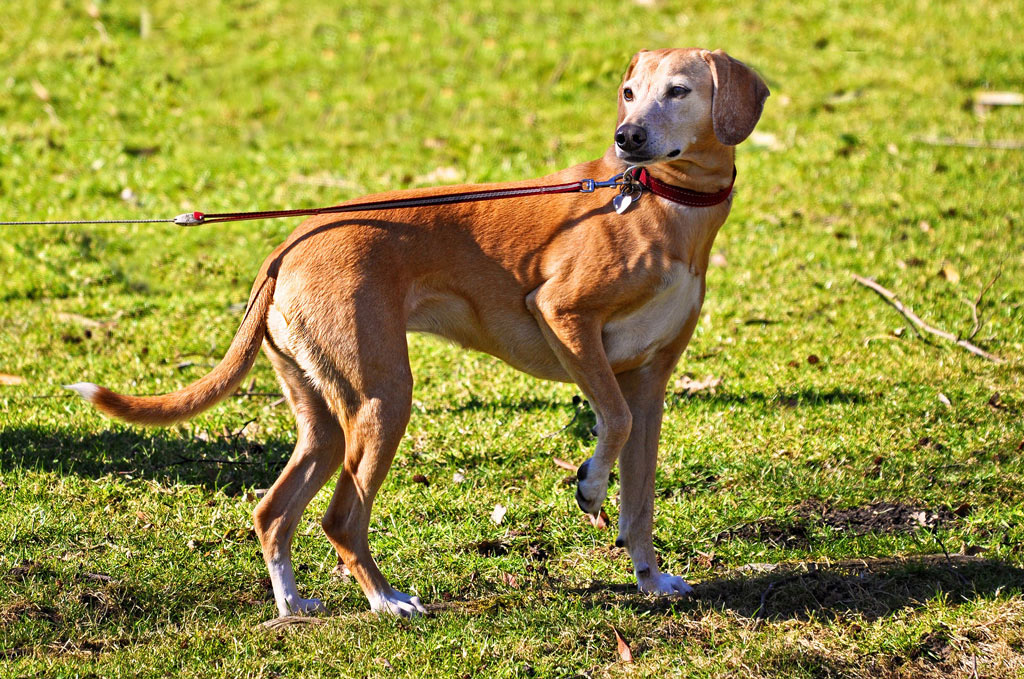 Walking your dog is necessary for your dog’s health and well-being. To walk the dog, you need a good leash.

While leashes can be bought, you can easily make a good leash at home if you have a good rope and know how to tie a few knots. In this article, we will discuss the best knot for making a sturdy dog leash.

There is hardly any dog that does not pull and jerk when on a leash. So, you need a knot that does not come undone and remains tight when pulled and jerked. Both the knots perform well in these situations. Let’s look at these knots in more detail and you can decide which one you would want to use for your dog leash.

First, let’s understand the necessary characteristics of good knots when it comes to dog leashes.

For making a dog leash you need to use non-slip knots. These are knots that will not tighten and choke the dog, and they do not come undone easily. Also, they should be knots that can be tied on the same rope.

The next requirement is that the knot should be easy to understand and master.

While a harness or a collar is helpful, these knots can be used directly on the dog as well.

The best way is to use the rope to attach a carabiner to the end of it and then attach it to the collar and harness.

The bowline is one of the most useful and simplest knots that will help you fix a hook at the end of the rope. Moreover, it is quite easy to tie and untie. Especially while putting on the dog, it never slips or tightens and hurts the dog. The bowline knot also has high breaking strength. Since dogs on the leash are always jerking and pulling a lot this knot becomes stronger as more pressure is applied. No wonder this is called the ‘King of knots’.

These knots are in fact used by climbers and sailors for years and have even been used to create makeshift Boatswain chairs to carry injured people. The bowline is also the knot used in lifelines thrown to rescue people from water or quicksand.

So, this knot has been tried and tested over the centuries for stability and it exerts very little strain on the rope.

How to tie a bowline

Initially, the bowline may seem to be a daunting knot, it is actually fairly easy to understand.

The easy way to tie a bowline is captured in a popular rhyme used to remember the steps. It goes like this- up through the rabbit hole roundabout the big tree down to the rabbit hole and off goes he…

STEP 1- Create a small loop in the rope after leaving enough rope for the size of the loop you want for attaching the carabiner.

STEP 5- Pull tight and the bowline is ready

It may take few tries but the above steps are all there is to it and can be mastered soon.

About the Figure of eight knot

Figure of eight knot is used to stop getting undone easily this also called the staff or not. Climbers are known to use this knot as it is very secure can be used to secure climbing harness safely ropes. This doesn’t get undone under pressure, in fact tightens up.

How to tie the figure of eight knot

Figure of eight knot is quite easy to make and can be easily verified because it looks like an ‘8’.

If you make a mistake it forms a simple overhand knot, which means that you did not turn it around the ropes completely.

So, which is a better knot for a dog leash?

Let’s look at the pros and cons of each of these knots when it comes to dog leashes.

The Figure of eight knot

Some people think that it is a more secure knot, especially when using stiff ropes or slippery ropes. It is also easy to verify as you can clearly see the ‘8’ in the knot.

The bowline is fairly easy to undo and it is very safe and it can tolerate a lot of pressure as well.

Unlike the figure of it is not easy to verify for novices. It may also get undone if the ropes rub against each other.

· Rope -The rope should about 8 ft-10 ft long. The length will depend on the type of dog and the amount of the desired length. But leave extra 2 feet of rope to create the knot as well as to have a loop at the end to have a grip on the rope. Thin ropes can hurt the dog and break easily as they tend to be weaker. A climbing rope or a utility rope may be a good bet.

· Carabiner- A carabiner can be of types- locking or non-locking. A locking carabiner is better as it will ensure that the dog will not at any cost break free and run. The locking carabiner have a gate on it that screws shut and can be useful especially if you have big heavy dogs. For smaller dogs nonlocking is fine as well although the danger of the gate getting opened by accident and the dog running off does exist. Once you make the knot you can attach the carabiner to it. Pull and see if the knot and the carabiner hold well.

If you have a harness or a collar with a ring you can now attach the leash to that using the carabiner. In case you do not, you can easily make one using any thin belt lying around the house or even a rope. For a collar, a softer material would be better.

Both the knots are good but depending on which one you find easy and convenient you can choose the one you want for the dog leash.