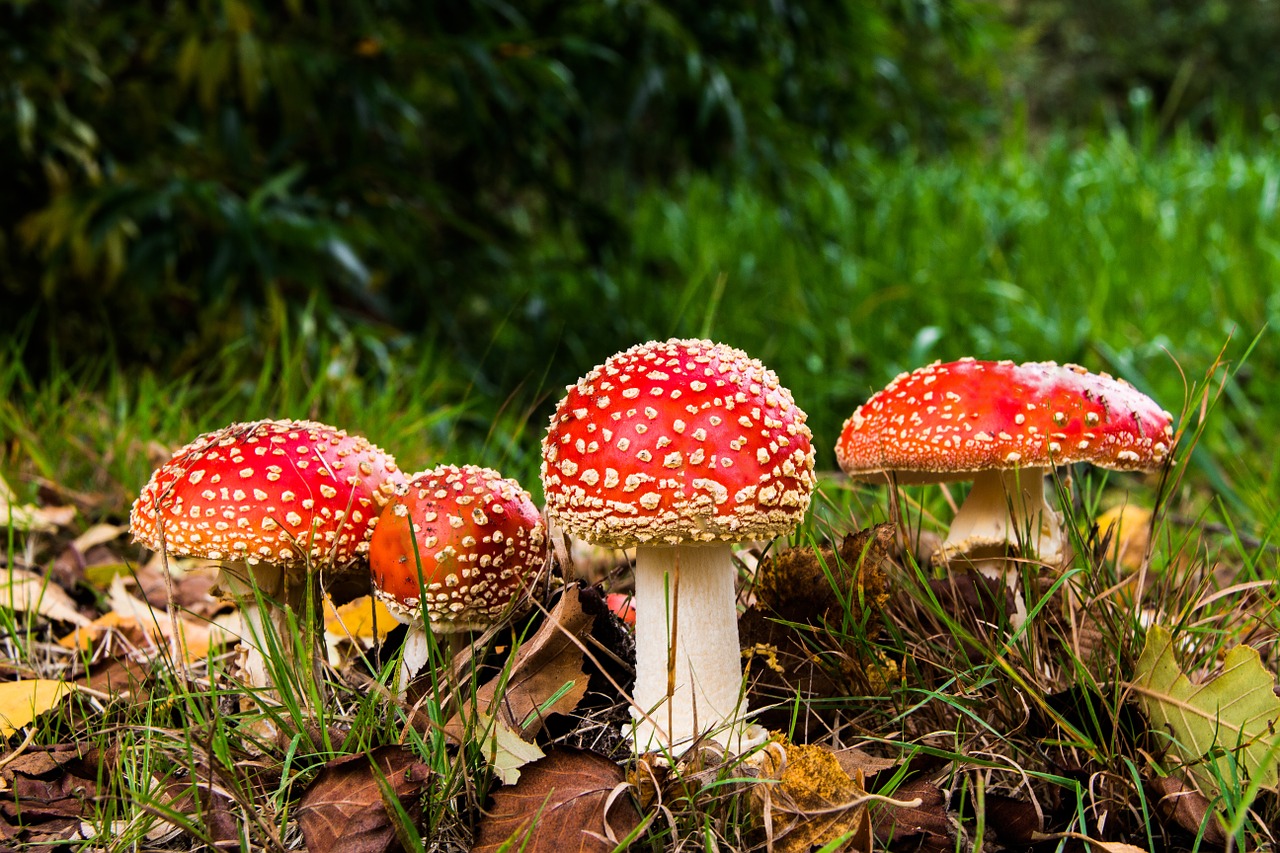 But while trying out different types of foods, we need to be cautious as some may have harmful effects on dogs. Mushrooms are a type of ‘regular people food’ that may be harmful to dogs.

So can dogs eat mushrooms? The short answer is that dogs can eat mushrooms, but only the ones that humans can eat. The mushrooms in the wild are should not be eaten by dogs as they can be toxic and can kill the dog. If there are mushrooms growing in the wild, where you walk your dog, or in the backyard you need to be careful and prevent your dog from consuming them. Better to be safe than sorry.

So what are mushrooms actually?

Mushrooms are basically fungi that are, in most cases, safe. But, not all mushrooms are edible. There are wild mushroom species like Amanita muscaria, Amanita pantherina, Amanita gemmata, and Amanita phalloides that can be toxic with antibiotic and even mind-altering properties.

The toxicity of the wild mushrooms usually comes from their defense mechanism which protects them against consumption by animals. Usually, consumption of toxic mushrooms leads to vomiting, liver damage, abdominal pain, and death.

Mushrooms do belong to the food group that dogs can eat but could be toxic in some cases. People may think that dogs know what is good for them. Unlike what most people believe, dogs are prone to eating toxic mushrooms in the wild without being able to identify their toxicity.

Dogs use the mouths, tongues, and noses to explore the world. So any item that seems to have scent and taste will seem very attractive to any dog. Some of the mushroom species seem to also emit a fishy odor which dogs find exceptionally attractive.

Dogs cannot identify poisonous mushrooms and their toxicity by scent. Dogs can be fatally harmed if they consume poisonous mushrooms in the wild. While there is a need to exercise caution, it is no reason to panic because only a very few mushroom species in the world are toxic.

Also of those toxic mushrooms, only a few of them can be fatal if ingested. But if your dog consumes wild mushrooms, it should be handled as potentially toxic.

As the mushrooms contain different types of toxins based on the species, their effect on the dogs as well as symptoms shown can be very different. Symptoms could range from diarrhea, staggered walking, abdominal pain, seizures, and vomiting.

After eating a mushroom if your dog exhibits the following symptoms, please take it to the vet immediately.

What to do in case of mushroom poisoning in dogs

Now, one thing to remember is that each type of mushroom carries different toxins. It would be better to have a sample of the mushroom type that the dog has ingested so that immediate action can be taken by the vet or Animal Poison Control. In case a sample is unavailable, a photo would also help. It would be best to identify the emergency places to take your dog to in advance so that quick action can be taken.

What are some treatments given if a dog has eaten toxic mushrooms?

If you think that the dog has eaten a mushroom and is showing some of the symptoms above, then you need to immediately get professional help.

If a veterinarian is not available you can also take to Animal poison control or an emergency veterinary hospital immediately. Try to identify which type of mushroom the dog has ingested and take a sample or photo to the vet.

Mostly a good course of action is to induce vomiting. This will be done by the vet or a professional who handles such cases.

Activated Charcoal, is usually given as a toxic absorber in the stomach so that all toxins are absorbed into the bloodstream. Usually, if the dog is dehydrated an IV can be given. Drugs can be given in case liver and kidney damage is seen as possible. It is important though that you have information on the type of mushroom that the dog ingested to help the vet identify the specific toxins and treat them accordingly.

What are some of the deadliest mushrooms for dogs?

The following are some of the deadliest mushrooms that are lethal for dogs.

(The above is from a list put together by Melissa Petruzzello in the article- https://www.britannica.com/list/7-of-the-worlds-most-poisonous-mushrooms)

What kind of mushrooms can dogs eat?

Some mushrooms such as buttons. mushrooms, oyster mushrooms, Portobello, button, misty, and crimi mushrooms are edible for dogs. Also, in general, it is ok to feed mushrooms that you get in the grocery stores. These are fine in moderation. The only thing that is not good is that humans add hot spices, oil, and salt for taste which are not healthy for dogs to eat.

Can we feed dogs mushrooms growing in our backyard?

No, it is best not to take a chance. The truth is that only very few of the mushrooms that we find growing in and around the house are toxic but unless you are an expert mycologist ( mushroom expert) it would be tough to distinguish between toxic and non-toxic mushrooms. So it’s best to keep your backyard free of mushrooms as the dogs will get to them easily.

How to prevent mushroom poisoning in dogs?

The most important aspect is to train your dog to stop and leave objects when ordered to do so otherwise usually the dogs get to the mushrooms faster than you. So, training your dog on simple instructions would be very helpful as you can instruct the dog to leave aside or stop eating the mushrooms before you can get to them. This will help to maintain your dog’s health.